A clash between the defending national champion College of DuPage Chaparrals and top-seed North Dakota State College of Science Wildcats will take place in the second annual NJCAA Division III Football Championship at the Red Grange Bowl on Saturday, Dec. 3, at COD’s Bjarne Ullsvik Stadium. Kickoff is at noon.

Tickets are $10 and are available for sale (cash only) at the point of entry on gameday. Tickets also may be purchased online through the McAninch Arts Center Box Office. Proof of purchase is required on gameday. Visit atthemac.org for tickets.

They posted a 4-0 record against D3 opponents and were 3-2 against Division I scholarship foes.

“When we play a schedule where we face multiple Division I programs and perform the way that we’ve performed, we expect to play in the title game,’’ said Head Coach Matthew Rahn. “We’ll approach this as just another game for us and another opportunity to be the best that we can be. I’m excited for our kids. All of the hard work they’ve put into this season, they deserve it.’’

The Chaps are just as impressive on defense, with All-American defensive end Michael Simon second in the division in tackles for loss (13.5) and defensive linebacker Byron Puryear fourth (11.5). Strong safety Guy Goss is a two-time defensive player of the week and is third in solo tackles (36).

The defense allowed 14.4 points a game this season, third in the division.

Sophomore place-kicker Joshua Winslow is the leading scorer D3, hitting 6 of 7 field goals (long 29) and converting 48 of 50 points after touchdown.

The national championship game recognizes the feats of the late Red Grange, one of football's all-time greats and arguably the game's greatest all-time offensive player. The Wheaton native, nicknamed the "Galloping Ghost" and the "Wheaton Iceman," is a charter member of both the Pro (1963) and College (1951) Football Halls of Fame. His single-greatest feat remains almost fantasy — scoring four touchdowns in the opening 12 minutes versus Michigan in the University of Illinois Memorial Stadium dedication game on Oct. 18, 1924. All told in that game, he was responsible for six touchdowns against the Wolverines and totaled 409 all-purpose yards.

Grange went on to earn three All-American honors at Illinois and became the first major signing by Chicago Bears owner and Head Coach George Halas. Later that year, Halas took Grange and the Bears on a coast-to-coast tour in which the club played 16 games in nine weeks. That effort is thought to have saved the National Football League and fortified Grange as a household name in America, among the likes of such legends as Babe Ruth and Jack Dempsey.

COD is aiming for its third national championship title in less than a month when the Chaps take on the Wildcats on Dec. 3. COD, which has won 39 national championships in school history, won the men’s cross-country championship in Westfield, Massachusetts on Nov. 5 and the women’s volleyball program won the national crown Nov. 12 in Rochester, Minnesota.

Learn more about athletics at College of DuPage. 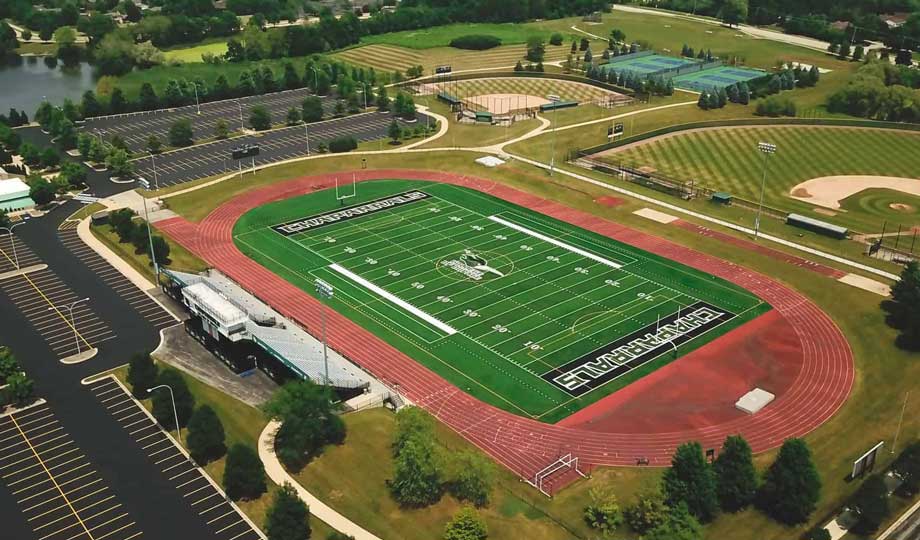