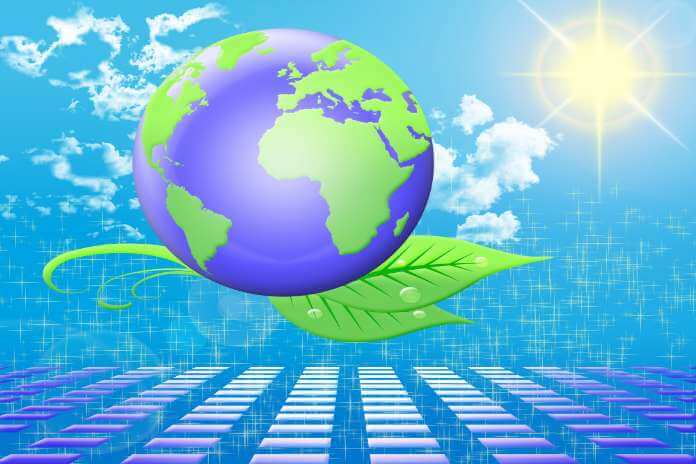 One of the largest international oil and gas companies Exxon Mobil just signed a landmark commercial agreement with CF Industries to capture and permanently store up to 2 million metric tons per year of CO2 emissions annually. The largest-of-its-kind carbon capture and storage (CCS) agreement will see CF Industries invest $200 million to build a CO2 dehydration and compression unit at its Louisiana facility and Exxon will then transport and permanently store the captured CO2 in secure geologic storage. CF intends to be first-to-market with up to 1.7 million tons of blue ammonia, a low-carbon fuel used across industrial applications like transportation, power generation and industries such as steel, cement and fertilizer production. Of course, this isn’t the only oil and gas company getting actively involved in CCS projects to rapidly and effectively reduce CO2 emissions beyond alternative methods like electrification and renewable fuels, creating a growing opportunity for companies like Pond Technologies (TSXV:POND) (OTCQB:PNDHF), NRG Energy (NYSE:NRG), Occidental Petroleum (NYSE:OXY), Fluor Corporation (NYSE:FLR), and FuelCell Energy Inc (NASDAQ:FCEL).

On October 20th, the company announced that it has successfully achieved an additional milestone with a major Fortune 500 Oil and Gas company and has received an additional $350,000 payment, equalling a total of $580,000 received to-date from the contract.

To achieve this significant milestone, Pond Technologies extracted recombinant proteins from algae grown by the company, which are required to perform as well or better than conventionally manufactured proteins in a lateral flow diagnostic test. In August, lateral flow tests using Pond-grown recombinant proteins successfully tested for COVID-19 antibodies and were more reactive than conventional proteins.

Since the beginning of 2022, the company has made weekly deliveries of recombinant proteins to the project consortium for testing. This material has proven that its algae-grown recombinant proteins perform as well as conventionally produced proteins in diagnostic tests. The results of these trials were published recently in the scientific journal Nature Scientific Reports.

“Canada’s Clean50 Awards are announced annually by Delta Management Group and the Clean50 organization to recognize those 50 individuals or small teams, from 16 different categories, who have done the most to advance the cause of sustainability and the clean economy in Canada over the past two years,” said Gavin Pitchford, CEO of Delta Management Group.

Smith was honoured in the Clean50 Clean Tech category for Pond‘s achievement in inventing and commercializing its proprietary algae growth technology, which decreases carbon emissions and produces sustainable byproducts. The company has created an advanced ground-breaking technology that converts 2 tonnes of CO2 into 1 tonne of precious algae, which can then be used in a variety of beneficial ways.

Pond Technologies also recently announced the completion of the first tranche of its non-brokered private placement in the amount of 2,006,667 common shares of Pond at a purchase price of $0.15 per Common Share for aggregate gross proceeds of $301,000. The first tranche of common shares is subject to a statutory hold period that expires on January 28, 2022.

The first tranche includes a subscription for 1,666,667 common shares by O’Connor Holdings Limited (an entity owned by Dan O’Connor, Pond‘s Chief Operating Officer) for a total subscription sum of $250,000.

The TSX Venture Exchange (TSXV) has conditionally accepted the Private Placement, requiring Pond to complete all tranches and meet the TSXV’s final acceptance standards by October 24, 2022.

In August, Occidental Petroleum (NYSE:OXY) and its subsidiary 1PointFive announced plans to start comprehensive engineering and preliminary site development for their first significant Direct Air Capture (DAC) plant in Ector County, Texas, close to Occidental‘s land portfolio and infrastructure that are suitable for safe and secure carbon dioxide storage. Starting in the third quarter of 2022, the first stage of construction, which entails site preparation and road building, is anticipated to last until late 2024. The first DAC facility will be the biggest of its kind when it is finished, and it will be a significant step forward in Occidental’s low-carbon goal to provide significant carbon management solutions that quicken the transition to a net-zero economy. The project has the capacity to scale up to 1 million metric tonnes per year and is anticipated to capture up to 500,000 metric tonnes of carbon dioxide annually once it is operational.

Meanwhile, NRG Energy (NYSE:NRG) in collaboration with Smart Energy Decisions, released new research that shows that reputational risk and cost reduction are the top motivating factors for organizations when considering decarbonization solutions. The State of Decarbonization 2022 study provides insight into the many factors influencing businesses as they seek to reach net zero. When asked what drives their decarbonization journey, 65% of respondents listed reputational risk as one of their top considerations, followed closely by cost reduction at nearly 60%. Regulatory and legal risks complete the top three with 47%. The study showed that many organizations are now making serious commitments to the environment, with 85% of respondents having set emission reduction targets and nearly half having gone further by making net zero commitments. Although achieving goals can be a challenge, an experienced energy partner can help facilitate meaningful progress.