AAPL, GWPH, FDO Among Hot Stocks on the Move Today By Diane Alter

By: Money Morning
Today's hot stocks: It's Monday on Wall Street, and that typically means a flurry of mergers and acquisitions. Indeed, several deals were announced today and are featured on our hot stocks to watch list - one surging some 236%. Meanwhile, a penny stock deemed the next likely takeover candidate amid the rash of healthcare M&A soared 42%. The post AAPL, GWPH, FDO Among Hot Stocks on the Move Today appeared first on Money Morning - Only the News You Can Profit From .

Today's hot stocks: It's Monday on Wall Street, and that typically means a flurry of mergers and acquisitions.

Indeed, several deals were announced today and are featured on our hot stocks to watch list - one surging some 236%. Meanwhile, a penny stock deemed the next likely takeover candidate amid the rash of healthcare M&A soared 42%.

Check out 12 of Monday's movers and find out what's behind their action.

Achillion Pharmaceuticals Inc. (Nasdaq: ACHN) kicks off our hot stocks list. Shares of the microcap biopharmaceutical company surged 42% to $4.13 intraday. By noon, more than 18 million ACHN shares changed hands compared to its average daily volume of 1.1 million shares. ACHN rose in the wake of Merck's purchase of Idenix (see story below), as investors look for the next hepatitis drug maker poised to be taken over. 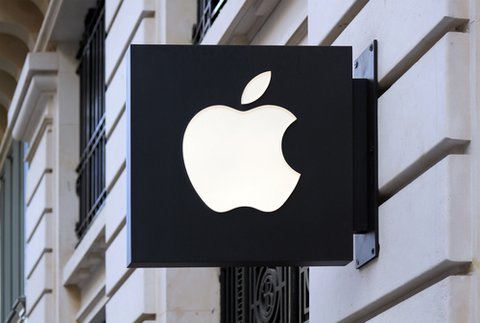 Berkshire Hathaway Inc. (NYSE: BRK.B) class B shares gained 0.35% to $128.62 intraday. Called the Baby Berks, because they represent about 1/30th of the legendry Berkshire Hathaway Inc. class A shares (NYSE: BRK.A), the B shares now trade just shy of their 52-week high of $129.73. The reason Berkshire lands on our list is because Andy Chua, from Singapore, just ponied up $2,166,766.00 for a one-hour lunch with the company's iconic Chief Executive Officer (CEO), Warren Buffett. It was the highest bid ever paid for the noon-time meal with Buffett in the history of his 15th annual charity auction.

Biogen Idec Inc. (Nasdaq: BIIB) shares rose nearly 2% to $321.48. The U.S. Food and Drug Administration (FDA) approved BIIB's Eloctate, used to control and prevent bleeding episodes in children and adults with hemophilia A. "The proven ability of Eloctate to provide protection from bleeding episodes with prolonged circulation marks the first significant hemophilia A treatment advance in more than 20 years," said Biogen CEO George A. Scangos in a statement.

Capital One Financial Corp. (NYSE: COF) shares climbed close to 2% to a 52-week high of $82.32. Nomura Securities upgraded the McLean, Va.-based bank holding company to "Buy" from "Neutral." The firm also raised its price target on COF to $94 from $75, a 16.34% upside from COF's closing price on Friday.

Danaher Corp. (NYSE: DHR) shares hit a 52-week high of $81.44 after a bullish article appeared in Barron's over the weekend. Barron's wrote that shares of the multifaceted equipment maker could rise nearly 20% to $95 "if it's able to lift its acquisition activity and its units such as water treatment, petroleum services and medical diagnostics gain ground."

GW Pharmaceuticals Plc (Nasdaq ADR: GWPH) shares climbed 7% to $76.78, continuing its rally from Friday that sent shares of the cannabis company up 10%. The FDA granted Fast Track designation to GW's investigational cannobidiol product, Epidiolex, in the treatment of Dravet syndrome, a rare and catastrophic treatment-resistant form of childhood epilepsy.

Hillshire Brands Co. (NYSE: HSH) shares rose 5% to a 52-week high of $61.88 after Tyson Foods Inc. (NYSE: TSN) emerged as the winner in the bidding war for the maker of Jimmy Dean sausages. Offering $63 a share in cash, Tyson outbid rival Pilgrims Pride Corp. (Nasdaq: PPC) by nearly a billion dollars in the food fight. The Tyson deal is conditional on Hillshire backing out of its May 12 proposal to buy Pinnacle Foods Inc. (NYSE: PF).

Hittite Microwave Corp. (Nasdaq: HITT) shares surged some 30% to a new 52-week high of $78.39. Analog Devices Inc. (Nasdaq: ADI) will buy the Chelmsford, Mass.-based chip maker for $2 billion, or $78 a share in cash. That's a 29% premium to Hittite's closing price on Friday. The move is expected to help ADI accelerate growth in industrial, communications, infrastructure, and automotive markets and also boost earnings. The deal is the third acquisition over $1 billion of a U.S. maker of integrated circuits this year, as well as the largest, according to Bloomberg. In a nod of approval from shareholders from both companies, ADI shares jumped 6% to $56.18, also a 52-week high.

Idenix Pharmaceuticals Inc. (Nasdaq: IDIX) shares surged 236% to a 52-week high of $24.21 after agreeing to be acquired by Merck & Co. Inc. (NYSE: MRK) in a deal valued at some $3.85 billion. Merck is paying $24.50 for each IDIX share. That's more than three times Idenix's closing price of $7.23 on Friday. The acquisition is aimed at boosting Merck's portfolio of hepatitis C treatments. Idenix's experimental drug, IDX21437, when used in combination with Merck's two experimental drugs, MK-5172 and MK-8742, has the potential to cure patients with every genotype of the hepatitis C virus within four to six weeks, Merck's research chief told Reuters on Monday. An estimated 3.2 million people in the United States are living with chronic hepatitis C infection, according to the Centers for Disease Control and Prevention.

The J.M. Smucker Co. (NYSE: SJM) rose 1% to $106.68 thanks to a Wells Fargo upgrade. The firm hiked its rating on the jam maker to "Market Perform" from "Under Perform" and raised its 12-month price target from a range of $90 to $92 to a range of $102 to $104. Wells said it believes branded M&A potential is likely to drive growth in upcoming quarters.

Download your free Member report: The Absolute Beginner's Guide to Trading and Investing

The post AAPL, GWPH, FDO Among Hot Stocks on the Move Today appeared first on Money Morning - Only the News You Can Profit From.