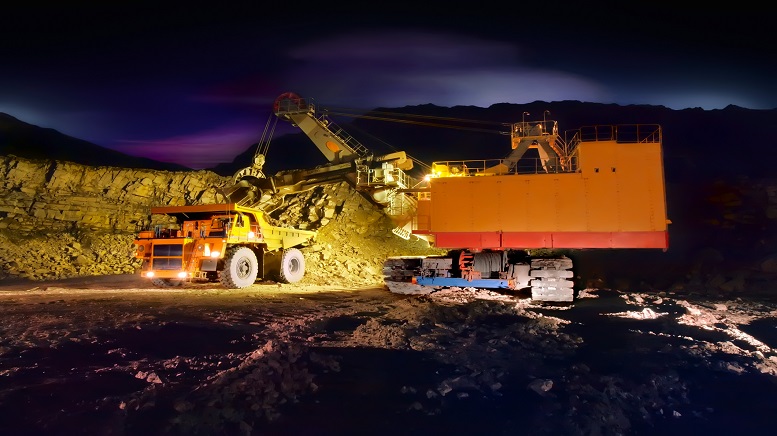 As the global demand for lithium continues to skyrocket, countries with an abundance of lithium and other battery metals like nickel and cobalt are looking for ways to increase their influence over the global supply of these highly sought-after commodities. One of the options these countries are considering is setting up a cartel like the 13-member Organization of Petroleum Exporting Countries (OPEC) to have greater control over the supply and pricing of metals and minerals critical for the global energy transition. Lithium demand will only increase whether this plan succeeds or not, and some analysts believe there could be acute shortages by 2035. According to a recent report by the Boston Consulting Group, the most likely scenario in 2030 is a 4% shortfall between supply and demand, which could become far more severe and “chronic” by the mid-2030s. Luckily, companies like FE Battery Metals Ltd. (CSE:FE) (OTCQB:FEMFD), Livent Corp. (NYSE:LTHM), Piedmont Lithium (NASDAQ:PLL), Sociedad Quimica y Minera de Chile (NYSE:SQM), and Lithium Americas (NYSE:LAC) seem well positioned to capitalize on this growing demand.

The drill program is based on the historical and 2021 Phase 1 exploration data as well as the company’s surface trenching and sampling program results. Several historical drill hole collars were also located on the Property, which helped in the current program’s location and orientation of drill holes. A B-20 drill rig is deployed for this work, which can drill up to a 1,000-meter-deep hole. To date, a total of 42 drill holes with a cumulative core drilling of over 7,500 m has been completed on the Property.

Last month, FE Battery Metals announced the results of Phase 2 exploration program drill holes LC21-33 to 37 at its Augustus Lithium Property in Quebec, Canada. Among the highlights of the results was that drill hole LC21-35 intersected an 11.20-meter-wide zone with 0.91% lithium oxide (Li2O) at 146 meters, including a 5 meter zone with 1.03% Li2O at 146 meters and 3.2 meter with 1% Li2O at 154 meters. This drill hole also has a lower seven meters wide zone with 0.54% Li2O at 165 meters drilled depth and several other smaller intercepts with variable lithium grades.

FE Battery Metals also recently announced a corporate restructuring to spin off assets related to its current exploration properties located in Quebec and Ontario into a wholly-owned subsidiary. According to the company, each FE Battery Metals shareholder will receive one common share of Spinco for every Post-Consolidation Share held.

In addition, the company has completed a non-brokered private placement for gross proceeds of up to $1.5 million by issuing  6.7 million shares at a price of $0.225.

During its third-quarter earnings, Livent Corp. (NYSE:LTHM) posted a net income of $77.6 million, or $0.37 per share, compared with a net loss of $12.6 million, or a loss of $0.08 per share, in the year-ago period. Excluding one-time items, the company earned $0.41 per share, surpassing analysts’ expectations of $0.40 per share. However, Livent also cut the top end of its 2022 earnings and sales forecast due to inflation and other macroeconomic pressures weighing on its electric vehicle (EV) battery metal output. The company now expects 2022 sales to be between $815 million and $845 million, compared with a previous estimate for annual sales between $800 million and $860 million.

Last month Piedmont Lithium (NASDAQ:PLL) announced that it had been selected for a $141.7 million grant from the US Department of Energy. This makes it one of the first set of projects funded by Biden’s Bipartisan Infrastructure Law to expand the domestic manufacturing of batteries for EVs and the electrical grid and materials and components currently imported from other countries. According to management, the funding will support the construction of Piedmont’s roughly $600 million Tennessee Lithium project, which is set to expand the U.S. supply of lithium hydroxide by 30,000 metric tons per year.

Lithium producer Sociedad Quimica y Minera de Chile’s (NYSE:SQM) $987million project to increase the capacity of its Carmen lithium plant in Antofagasta region has received approval from Chile’s environmental assessment service, SEA. The works will incorporate new technology, operational improvements and new production facilities at the plant to boost production and extend the project’s life to 2047. Once the upgrade is done, SQM’s lithium carbonate production capacity will increase to 210,000t/y from 180,000t/y and lithium hydroxide output will rise to 40,000t/y from 32,000t/y. The project will also include the installation of a new lithium plant with production capacity of 60,000t/year, which will make the company capable of producing lithium hydroxide from lithium carbonate.

After months of review by advisors and the board of directors, Lithium Americas (NYSE:LAC) has revealed that it intends to carry out a reorganization that will separate its North American and Argentine business units into two independent public companies. The two new companies will be: Lithium International which will own Lithium Americas’ current interest in its Argentine lithium assets and Lithium Americas (NewCo) which will own the Thacker Pass lithium project in Humboldt County, Nevada and the company’s North American investments.