By: Newswire.com
USPA's Executive Management and American philanthropists, Daniel Manning (CEO), Brian Fitzgibbons (VP), together with Michael Evans, the founder, have pledged to donate $75,000+ per month to fund investigations and rescues of missing children across the USA. 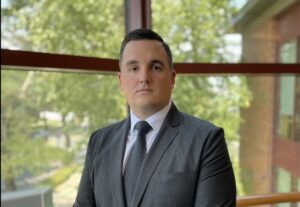 
The trio of Manning, Fitzgibbons and Evans are among a growing list of American businesspeople who have pledged to give away the majority of their wealth to charity. Joining colleagues like Yvon Chouinard, the founder of Patagonia who gave his $3 billion company to charity, and Jeff Bezos' Ex-Wife Mackenzie Scott who gave away a $55 million mansion, USPA owners who have been steadily giving away their earned profits for 17 years, have now pledged up to $1 Million per year to help locate and rescue missing children. "A charitable cause we can all get behind," said Manning.

"It's always been about working hard to earn as much money as I could attain, simply to give it away," said Michael Evans. "The very process of working hard and the reward, which only lasts for minutes, leads us to our next mission, then soon enough, our lives are over." Evans is referring to his life's purpose, which was all that mattered to him from the beginning.

Manning and Fitzgibbons have continued the philanthropic mission of USPA Nationwide Security. Aside from their monetary giving, they spend a great deal of time working on missing children's cases on their own time. "In many instances, missing children's cases are a segue to trafficking," said Brian Fitzgibbons, USPA's Vice President. "We attack the problem at its root, which is often teen runaways being manipulated by traffickers, who usually appear in the troubled teen's life via social media when that teen is looking for attention or understanding."

USPA's pledge has secured the future of Kingsman Philanthropic Corp., the beneficiary of the pledge. With outside donor funds running on fumes, the nonprofit will have the funding it needs to carry out rescues moving forward. Daniel Manning, USPA's CEO, said, "Using profits from our nationwide security guards, fire watch program and our Titanium (celebrity executive protection) service, USPA stands ready to support the nonprofit, Kingsman, who will use the funds to locate missing children for years to come."

In 2020, Forbes Magazine featured USPA for their philanthropic wing, Kingsman. Operating in the shadows for decades and now publicly, USPA now receives more calls for free service than they can singlehandedly handle. From their Witness Protection Program, similar to the US Marshal's Witness Security, to their human trafficking recoveries and domestic violence escapes, "Funding has always been the conversation stopper," according to Manning.